Beowulf is gone now. Our spirit dog, sire of champions, the heart of our kennel for more than a decade has decided to cross the rainbow bridge. He was just a tiny bundle of fur when I flew to the Hiselfoss kennels in Norway to bring him home to Spain, later he moved with us from Spain to Utah, always the champion, he has been through more airports than most human travelers have. He asked for so little and gave so much, always happy, gentle and confident, never aggressive, he made the winter sun a bit warmer and was always there whenever you needed cheering up. The bone cancer came and took him quickly and now his place by the door is empty. He is surely now watching over other gentle Berner souls that have passed that way before. He made himself a place in our hearts and now that place is empty and he won’t be forgotten.

No.1 Winners Dog - Best of Winners 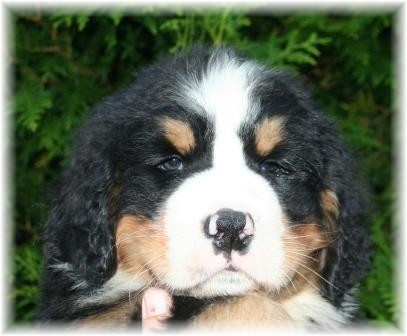 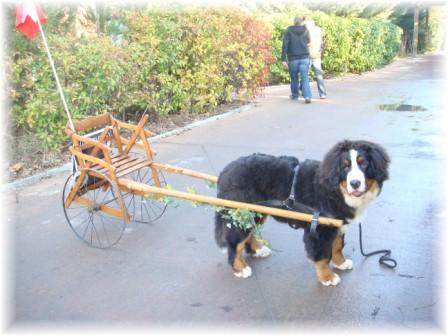 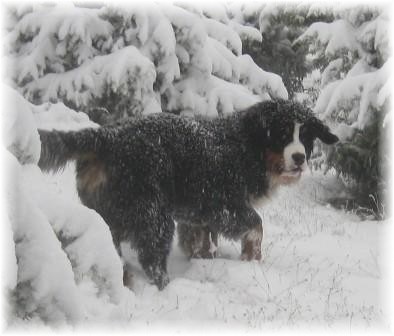 5mnths & playing in the snow in Spain 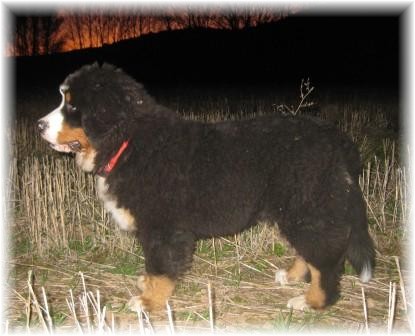 Everything is fine in Spain. Beowulf seems to settle down with no problems at all.